JVC is proud to announce that it has added the MotionX-GPS Drive Navigation Ready feature to its 2011 in-dash media receivers. This significant step forward enables iPhone users to now take full advantage of MotionX-GPS Drive through their JVC multimedia systems, creating an unparalleled in-vehicle navigation experience.

MotionX is the leading navigation platform on the iPhone. MotionX-GPS Drive turns your iPhone® into a personal navigation device; providing full navigation features, music and audiobook playback control, along with Facebook and Wikipedia integration. Once connected, MotionX becomes the brains of the system, displaying the most current breakthrough 3D+ maps on the JVC Multimedia receiver’s widescreen monitor. Simultaneously, the iPhone now acts as a handy separate controller and secondary display* while continuing to show map data on the JVC receiver. And, because the iPhone is connected to the Internet, the maps and point of interest information is always updated and current, a superior alternative to traditional in-car systems with limited updating options. 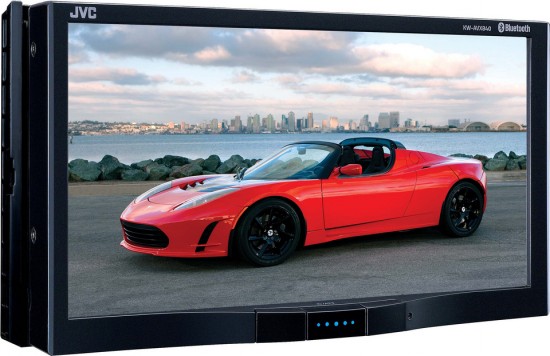 *For Passenger Use Only. Do not operate the unit while driving.